Aquabella is an unique ensemble presenting world music a Capella.  The group has been founded around the curiosity of its members towards Bulgarian women’s choirs, but after a while this changed into  a search for songs and sounds from all over the globe. Ever since, the singers of Aquabella have steadily studied new vocal techniques such as overtone singing or yodeling. The ability to change the quality of their voices and the extraordinary vocal range of each member  makes Aquabella a special ensemble: They sing, play and dance tunes and stories about people who could be living right around the corner as well as at the end of the world.

Aquabella received the 1999 Folkförderpreis (annual German folk music award) and  was nominated twice for the German Schallplattenkritik (2005/2008) with its two concert programs –“Sonho meu”  and “Kykellia”. From September, 2012, Aquabella started working on their new program: “Ayadooeh – Kaleidoskop der Weltmusik”. It will premiere in March, 2013. The program is sung in 18 languages and includes repertoire with songs from Canada, Brazil, Greece and Portugal, with Neapolitan love songs and chants of the Maori from New Zealand, with Bulgarian dance songs, Japanese prayers and Gypsy music.

Aquabella stands for beautiful waters that flow, find its own way, and ripple carefully. Transferring this concept into music, the band is able to keep its listeners under their spell through compositions with many different facets: proud, sensual, elegant and absorbed behavior on the one hand, as well as wild, high spirited on the other. listening to them, one could clearly say:  ”re all at once – river, rain, lake and waterfall!’

During the last years the ensemble from Berlin developed a diverse repertoire of traditional folk music from all over the world in more than 20 languages. They enthused the audience at home and abroad in more than 600 concerts. On their concert tour 2008/2009, Aquabella had over 80 performances in Germany, Austria, Czech Republic, Benelux, Switzerland and Russia. The German Magazine– Zeitung referred to the band’s performance as:  “They are so perfect, you can hardly believe that it’s all really live. No wonder the public got one attack of goose bumps after another.”

Bettina Stäbert (D)
Trained in acting and singing,cultural manager, graduated rhythm pedagogue and educationalist (BA with focus on adult education),choirmaster of 3 Berlin choirs.
As managing director of the ensemble and as booker she provides national and international concerts and workshops. Bettina sings with a soft, dark mezzo-soprano, plays frame drums and is a born entertainer.

Erika Spalke (D)
Graduated actress, dubbing artist and currently in training as a breathing-voice and speech teacher according to Schlafforst Andersen; solo program with “Lale Andersen”, narrator For radio and television among others NDR, Radio Bremen, ARTE.
Erika sings with her warm, deep alto voice, giving us the necessary ground under our feet.

Nina Rotner (SLO)
born and raised in Slovenia, she lives in Berlin since 2011.
Trained in singing at the Jazz Institute Berlin and certified Alexander Technique teacher (ATVD), choir director of 2 Berlin choirs.
Nina perfects Aquabella with her enormously versatile beautiful soprano voice and the songs of her native Slovenia.

Anett Levander (D)
trained in jazz and pop singing
teaches at Berlin music schools and realizes her stylistic vocal diversity in projects The Swinging Brass or the Tontauben Berlin. She is a remarkable interpreter of
Gershwin’s music and has been on stage with Pigor and Eichhorn as one of the singing Pigorettes.

Maria Thomaschke (D)
graduated opera and concert singer
Maria Thomaschke (D) is a graduated opera and concert singer and is on the road throughout Germany with her own chanson evenings and as an actress, director, composer and painter; she teaches stage song and acting at the Ernst-Busch Schauspielschule. Maria sings with an expressive alto voice and reaches the hearts of the listeners as a great storyteller. 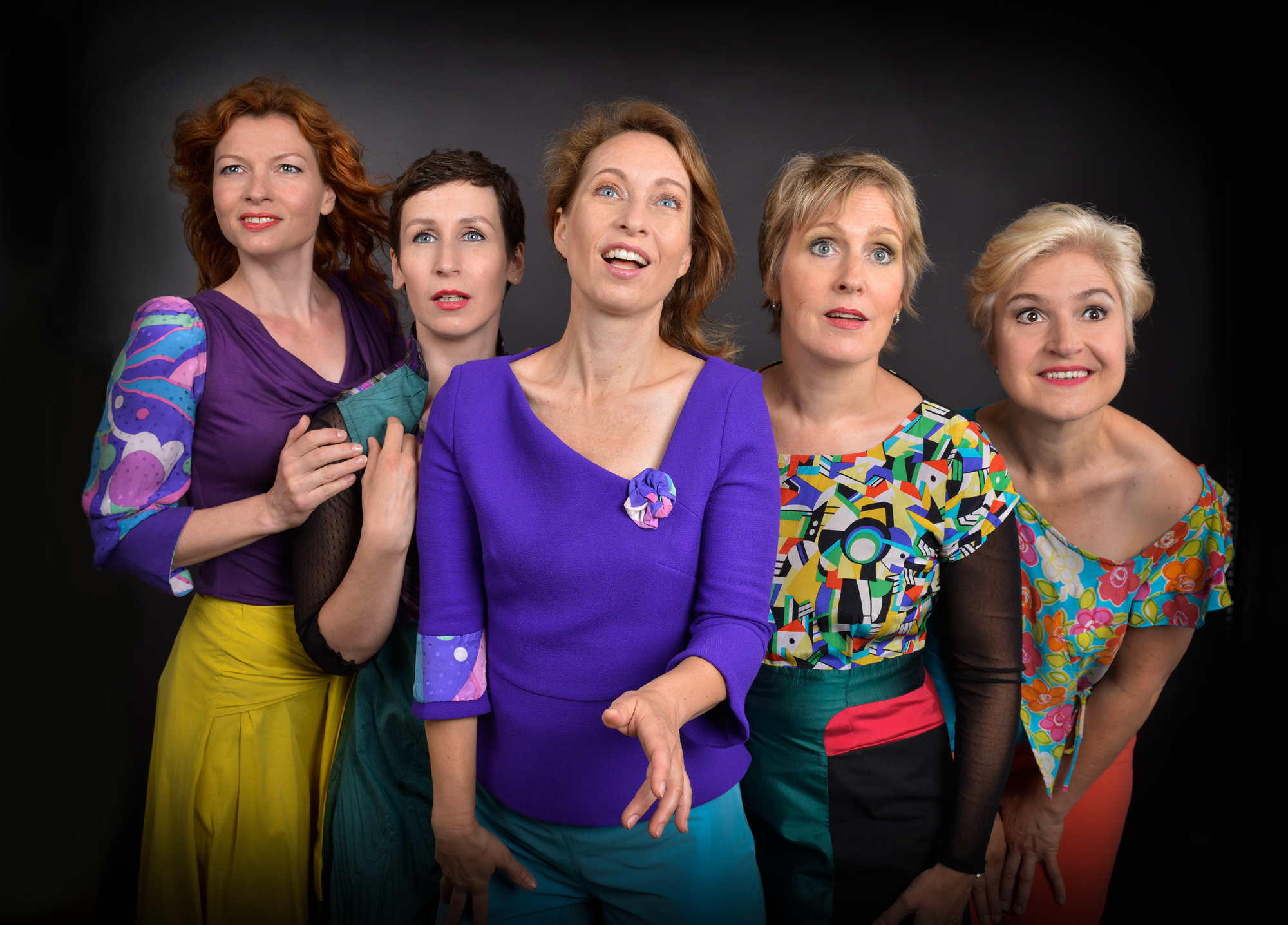 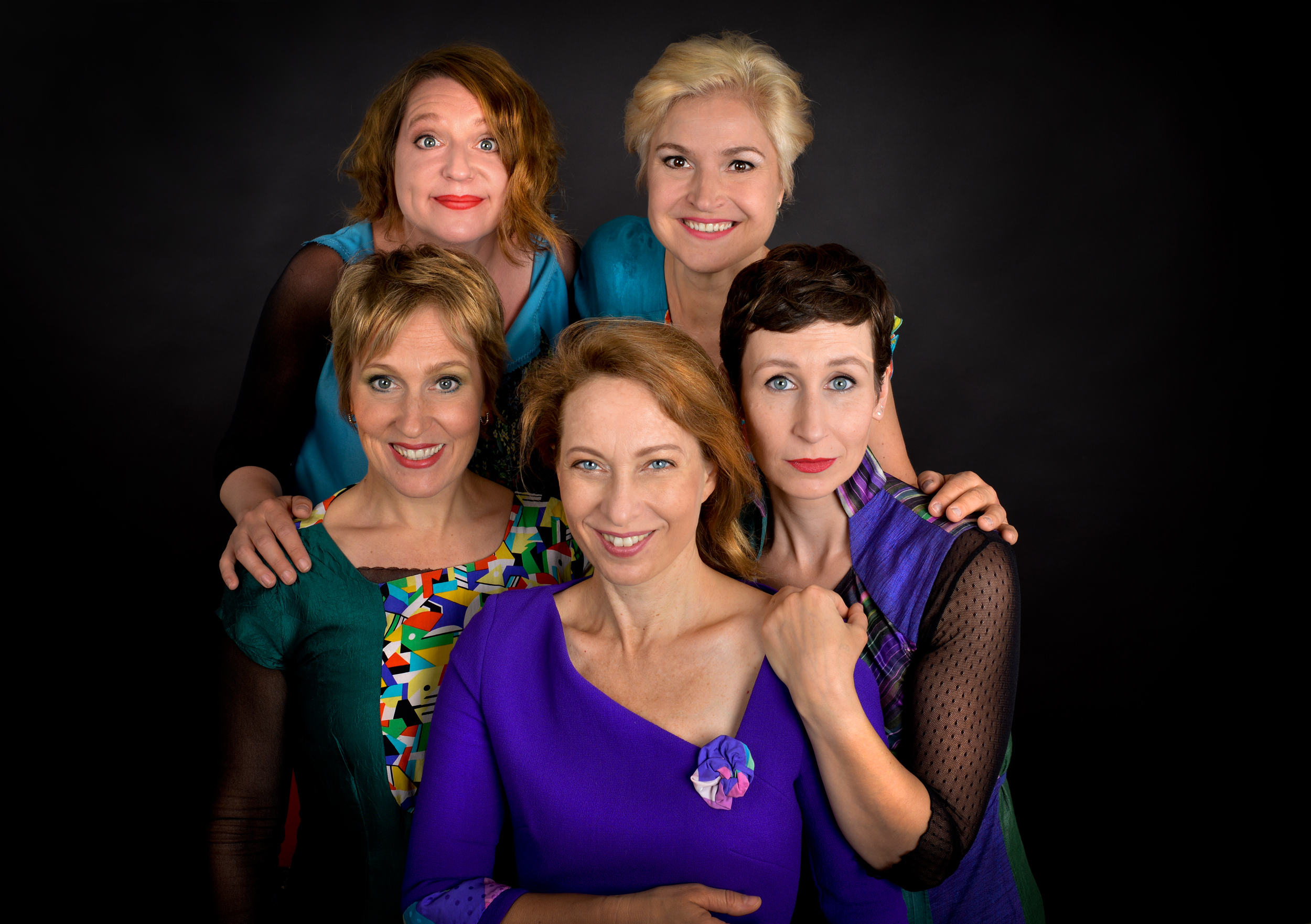 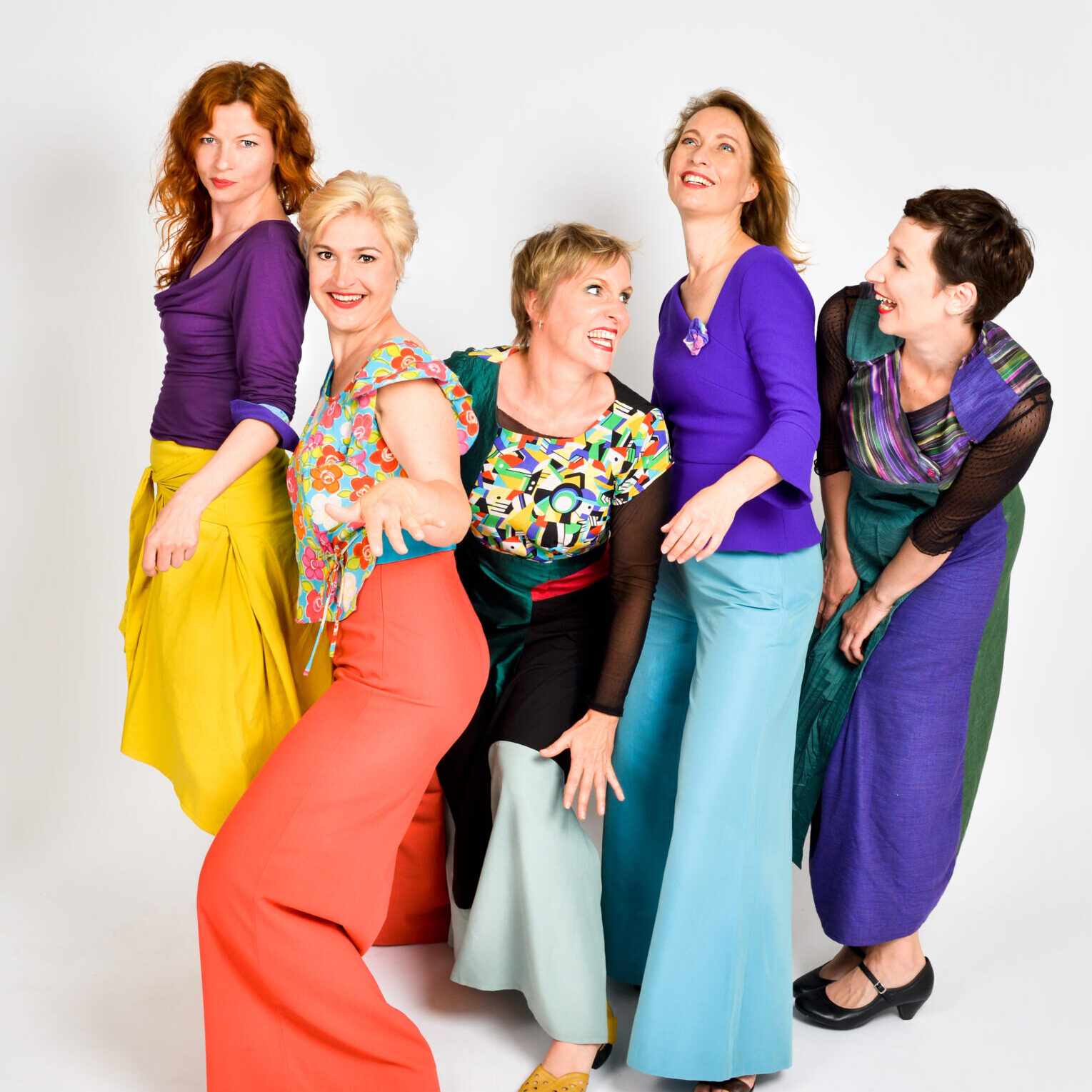 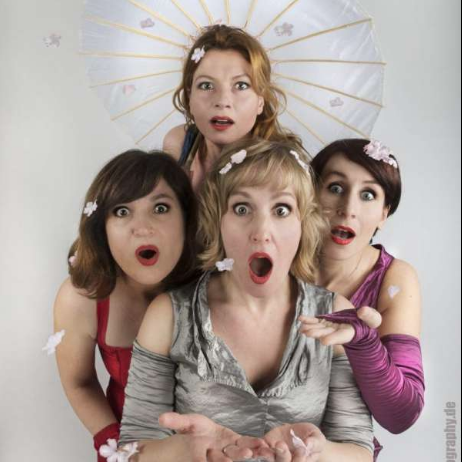